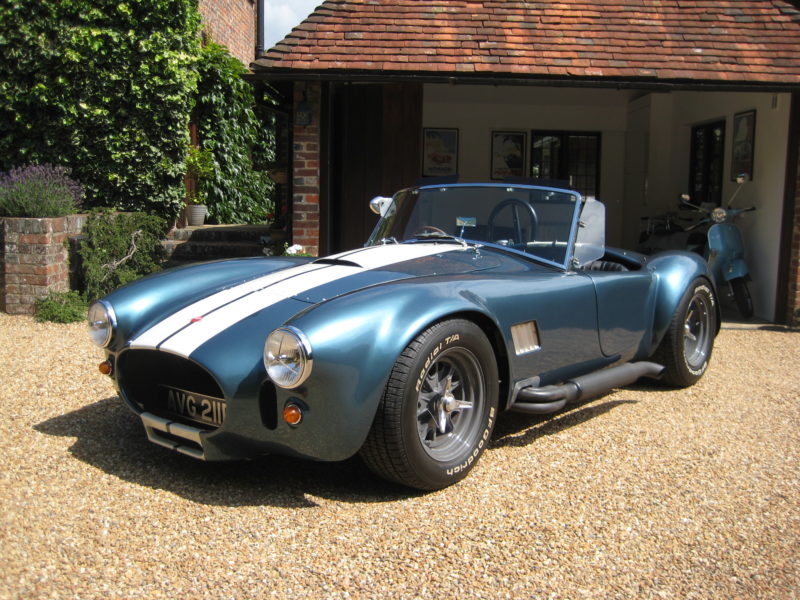 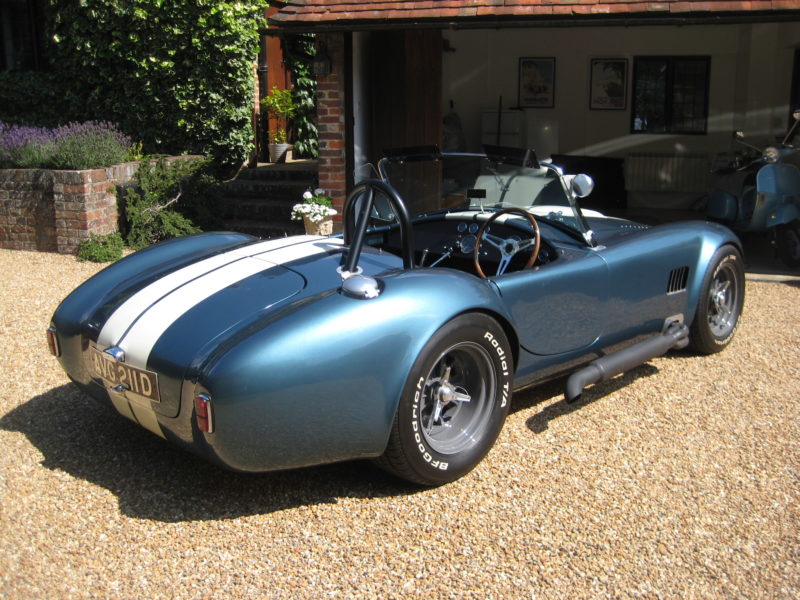 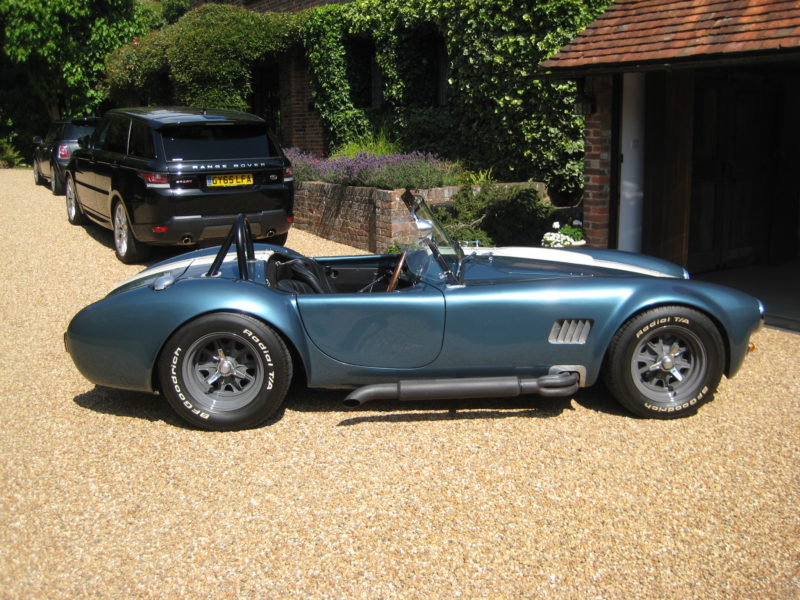 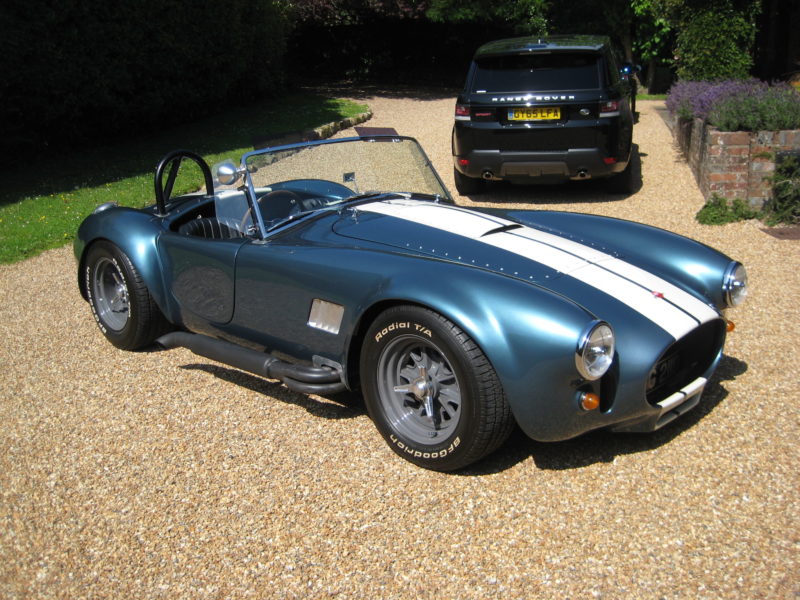 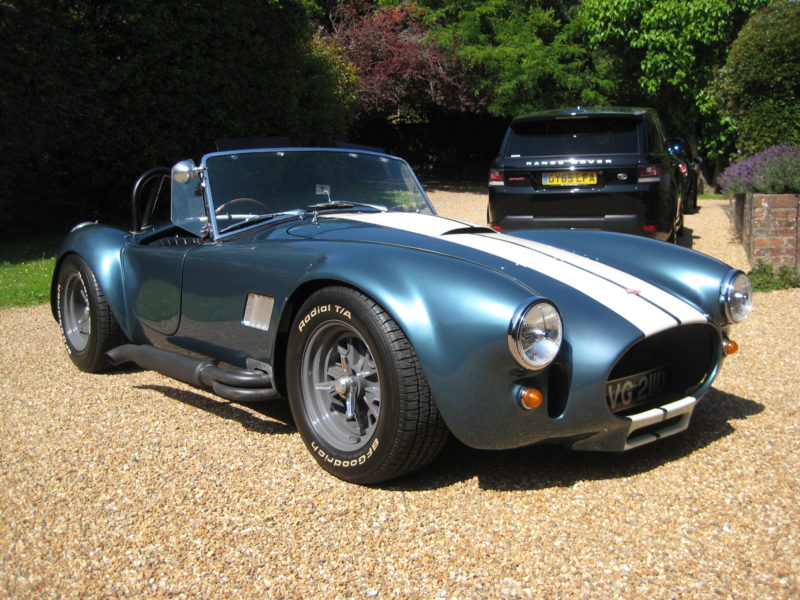 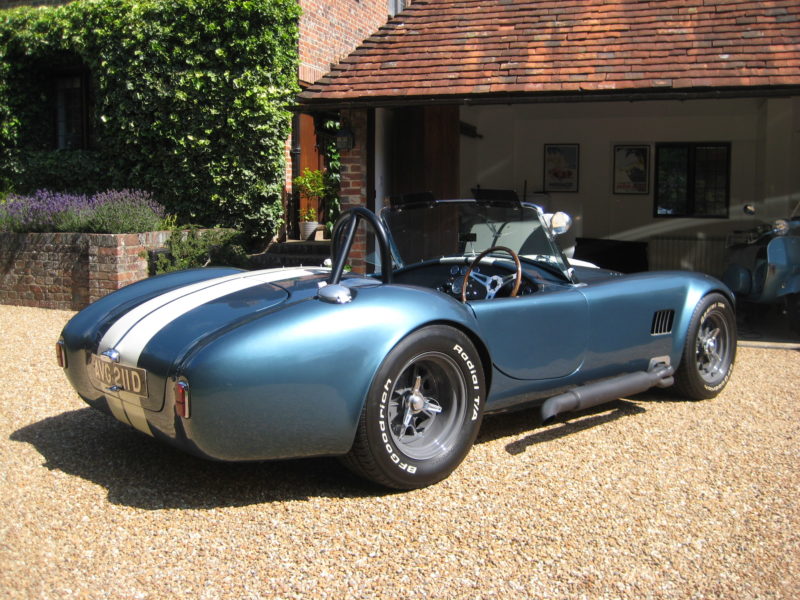 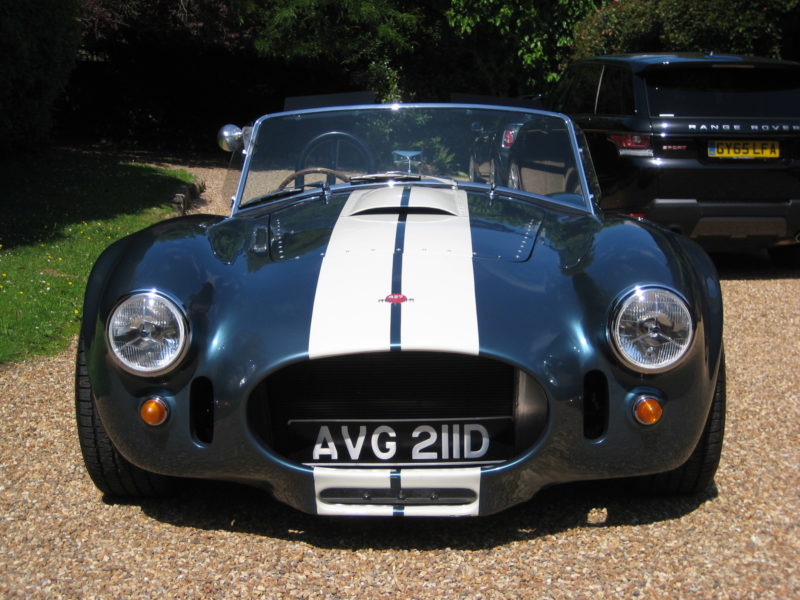 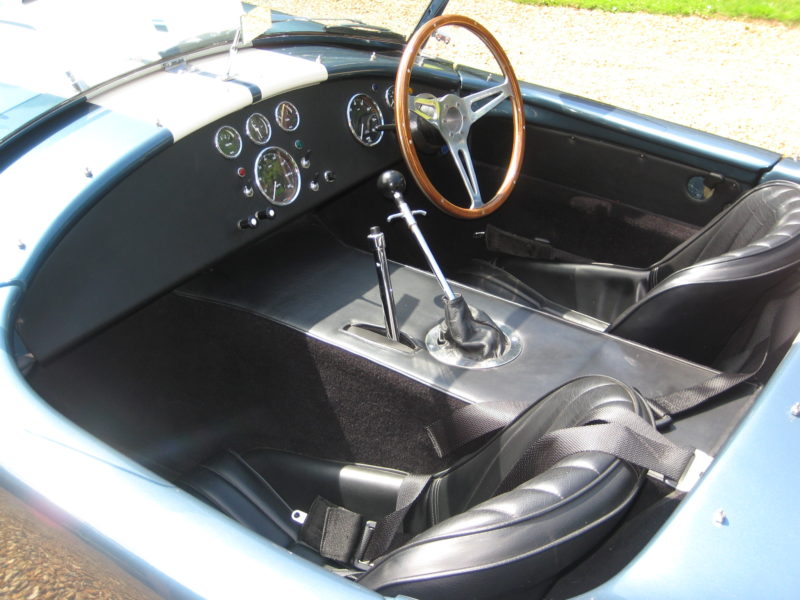 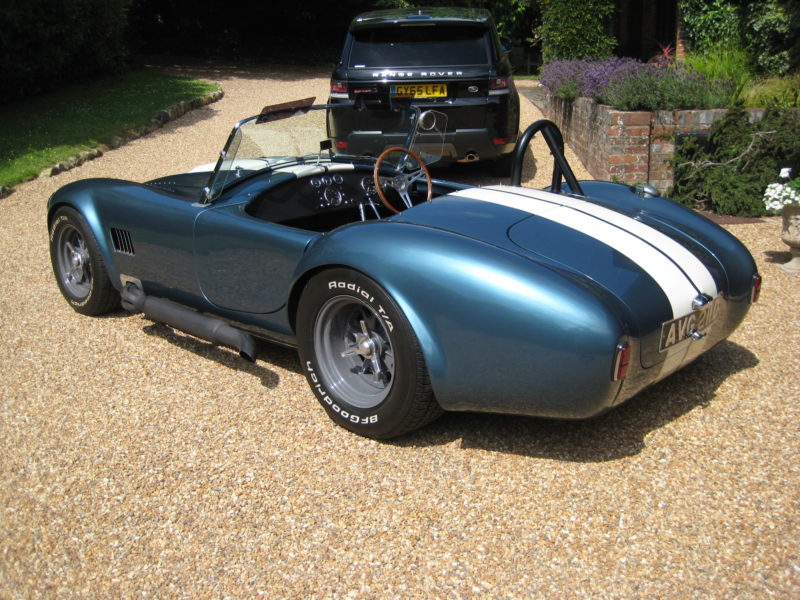 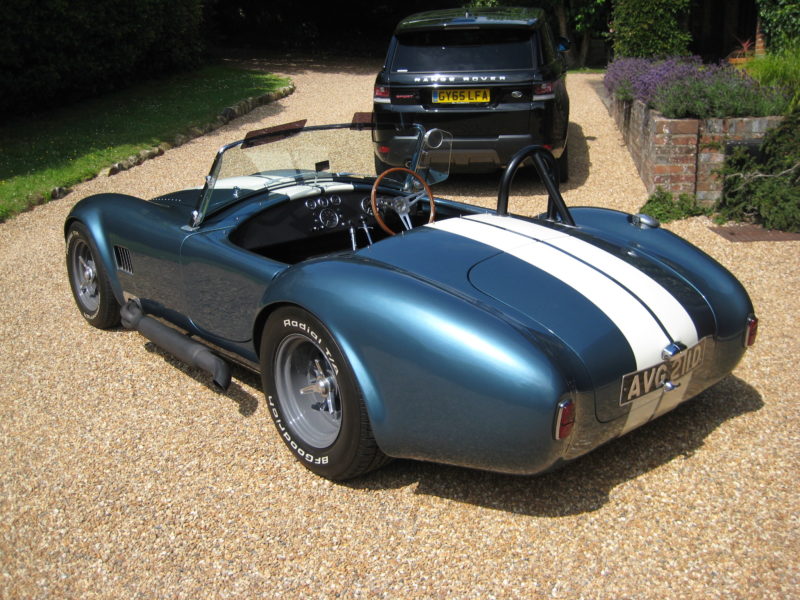 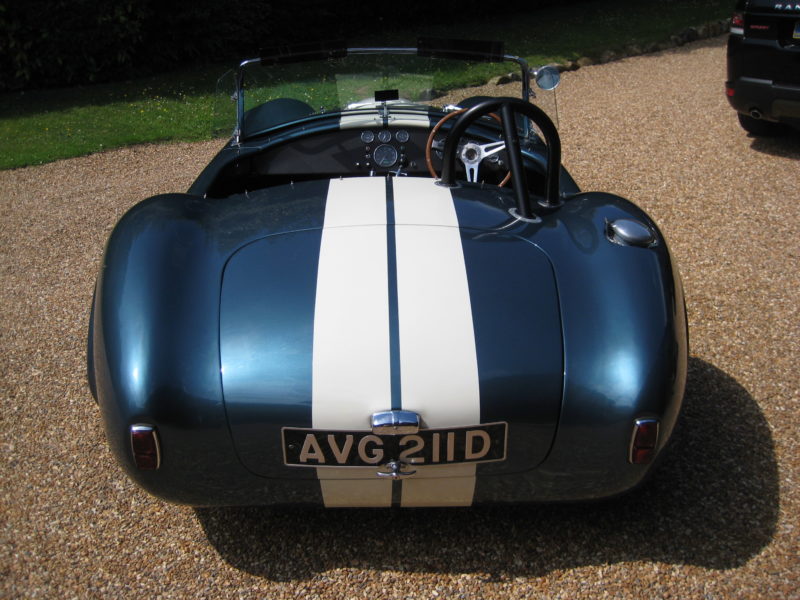 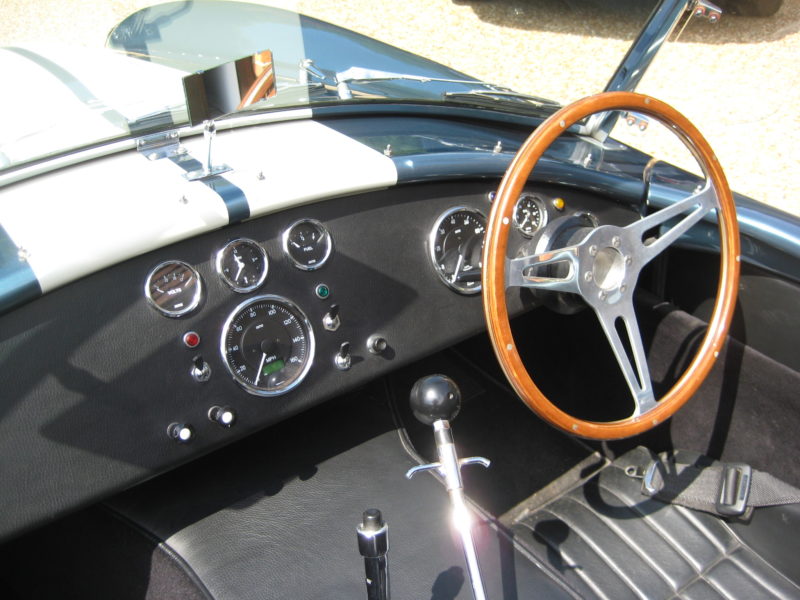 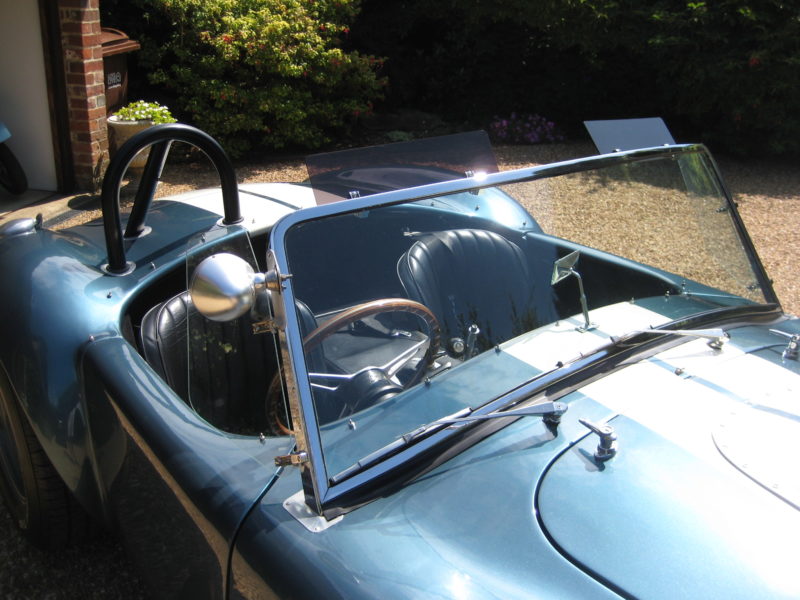 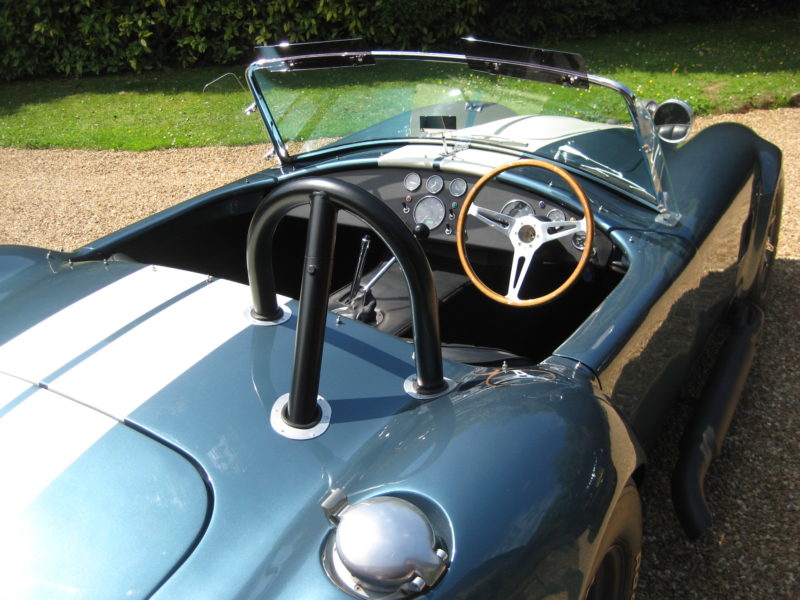 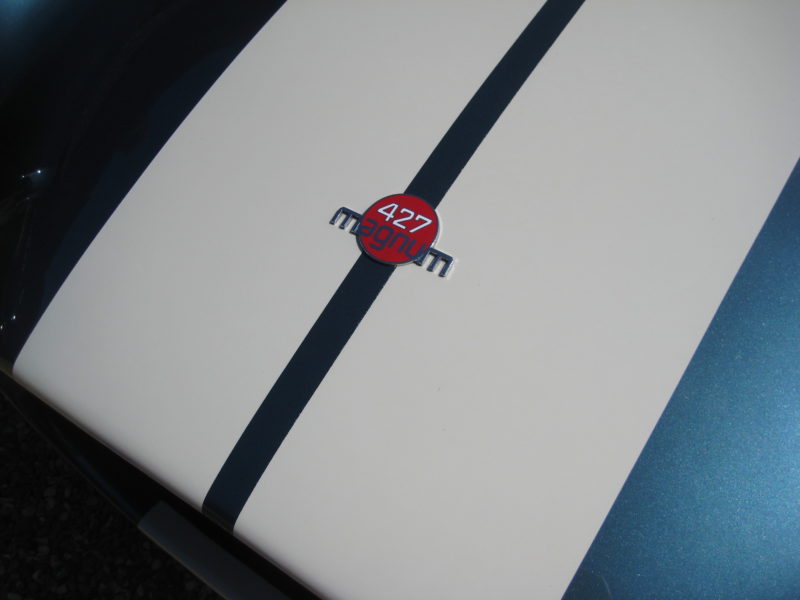 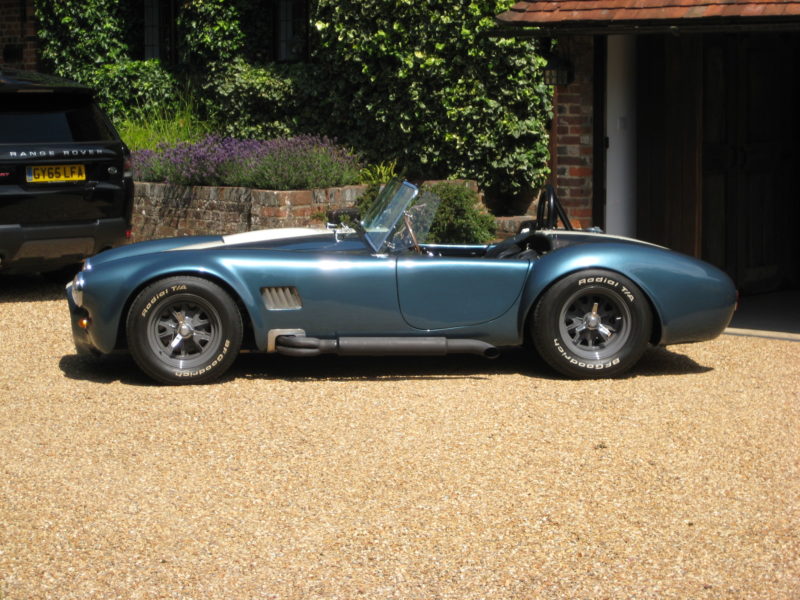 Back in 1986, Mike Broad, an ex-aircraft engineer, decided to produce his own ‘Cobra’ called the Magnum 427 SF. ‘A Race Car for the Road’ was his concept but what he created soon became a ‘Road Car for the Race Track’. The chassis was predominantly round tube space frame, the body single skin GPR reinforced with Kevlar and an aluminium panelled cockpit, engine bay and boot. Suspension was rose-jointed double wishbone and fully adjustable. Unlike many Cobra recreations, the Magnum was always a true driver’s car, capturing the very essence of Carroll Shelby’s vision but with far superior handling. The result is a very rare lightweight Cobra with only approximately 70 cars ever produced and we are told, one of as few as 20 in the UK.

This is the last finished factory Magnum 427 and was their show car which featured in their brochure and exhibition stands. 302 Ford V8 with all the right bits including knock off Halibrand Wheels, original spec dash, wheels exhausts, lights etc.

THIS IS MAGNUM 427 COBRA HISTORY.